Experiment with the Water Cycle

Parental Note: This experiment is geared towards ages 8 and up.

Additional Note: This experiment will take roughly 30 minutes to set up and observations will be recorded over the course of seven days or until one of the liquids evaporates completely.

When a liquid is placed in a cup, it slowly escapes in a gaseous state until eventually, the container is empty. This is known as evaporation. Evaporation is the invisible process that changes liquid water into water vapor (gas) and is the primary way that water on the surface of the Earth is recycled back into the water cycle as atmospheric water vapor. This process is controlled by the energy (heat) produced by the sun as it warms up Earth’s surfaces and breaks the bonds that hold water molecules together.

Before beginning, think about the following questions and write down your predictions: 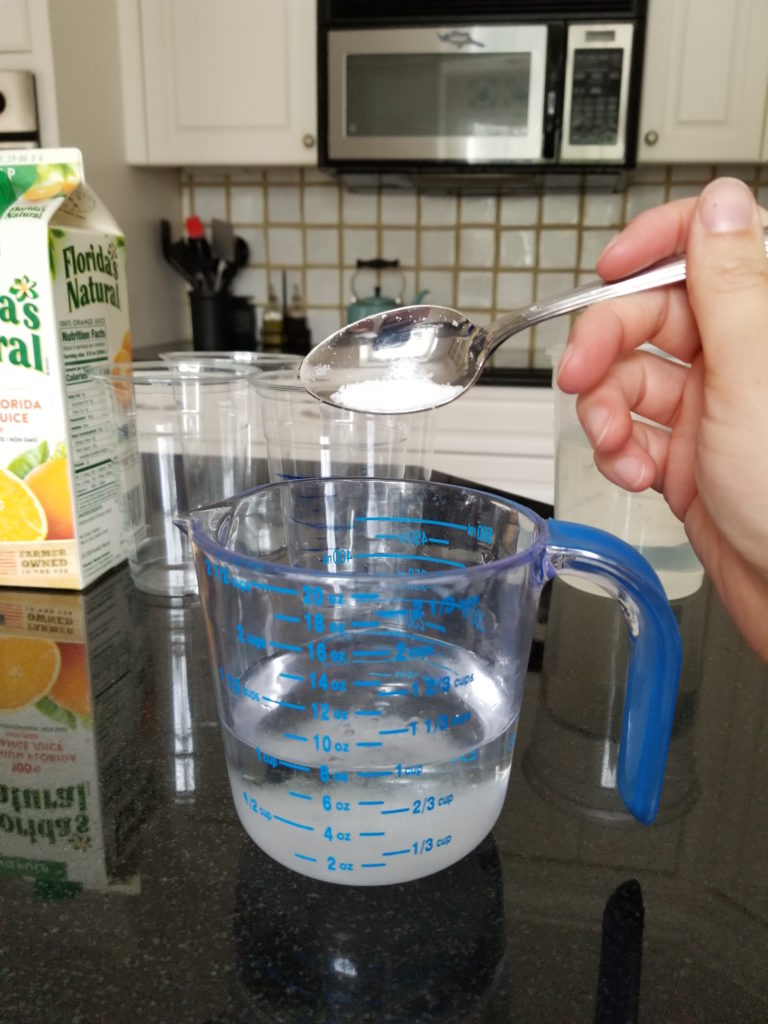 Create a saltwater mixture by combining 1 cup of pure water with 1.5 teaspoons of salt and mix well with a spoon. 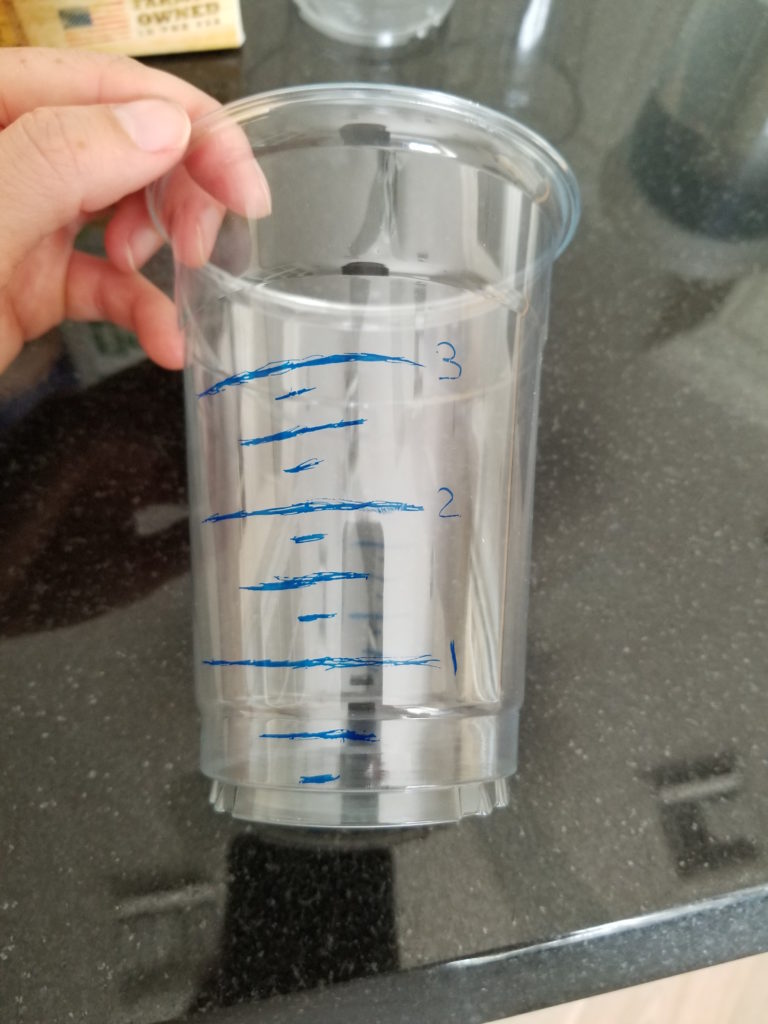 Create a scale on the side of your cups. Use a sharpie and a ruler to make 3 large even marks along the side of each cup spaced 1 inch apart. Then make small half-inch marks in between the large inch marks. Do this again to make even smaller quarter-inch marks on the cups. It is important that the marks made on each cup are the same for comparison. Fill each cup with a different liquid (pure water, saltwater, rubbing alcohol and orange juice). Only fill the cups to the top 3-inch sharpie mark. Double-check that each cup has the same volume of liquid to start with and that the sharpie marks on each cup match one another.

Make a data chart to keep track of the level (inches) of each liquid on a daily basis. See below for an example: Place the cups on a windowsill and record the starting height for each liquid as 3 inches.

Check on the cups every morning and record the height of each liquid using the measurement scale you created on the cups. Repeat this process for seven days OR until one of the liquids disappears completely. For consistent results, try to check on your experiment at the same time each day.

Draw a line graph of your results with one colored line representing each of the liquids. Mark the x-axis as “days” and the y-axis as “height of liquid.”

In the case of saltwater, you may have noticed that it evaporated a bit more slowly than pure water. This is because the water molecules are attracted to the dissolved salt ions and it requires more energy to break apart those water molecules for them to evaporate.

The water on Earth is constantly on the move, evaporating into the atmosphere and then returning as rain or snow. This is an ongoing process known as the water cycle. Water can be found all over Earth’s surface, such as in the oceans, lakes, and rivers, and even as moisture that is held inside of soil and plants. Most of the water vapor in the atmosphere comes from the oceans because the ocean covers about 70% of the Earth’s surface. The salt contained in seawater is dissolved in the water but is not chemically bonded to it. This means that when seawater evaporates, only pure water returns to the atmosphere and the salt is left behind. This is how the oceans play such an important role in replenishing the freshwater drinking supply on Earth.

You can see this process for yourself by conducting a simple experiment. Take a piece of black construction paper and pour the remaining saltwater mixture onto the piece of paper (you may want to add a few more teaspoons of salt to the water mixture to make it extra salty). Let the paper sit in the sun for a few hours until the paper is dry.